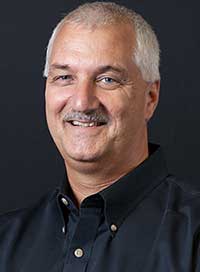 It has been twenty-six years since Donnie entered the construction business wearing a tool belt as a carpenter/mechanic in the drywall trade. Quickly advancing to Foreman, Donnie gained twelve years experience before moving to a Superintendent position with a general contractor where he learned the ropes of all the trades on a variety of projects.

Donnie joined Highland Builders, Inc. in May of 1997 where he quickly became the "go-to" superintendent for our largest and most challenging projects. He developed a reputation for excelling in quality while meeting or beating the construction schedule, and consistently delivered projects with short punch lists and satisfied clients. In 2005 Donnie was promoted to his present position as General Superintendent in which he oversees HBI's entire field operation, trains superintendents and administers our exceptional safety program.

Donnie is known for providing calm, steady leadership while solving challenging problems with innovative solutions. His dedication to customer satisfaction is second to none. He has received numerous commendations from our customers for delivering excellent projects on time and hassle-free. The same qualities that have earned Donnie our customers' praise have also earned him the respect and cooperation of our subcontractors. Donnie knows how to foster teamwork among all the parties on a project and, accordingly, he receives very high marks on our subcontractor satisfaction surveys. A partial list of Donnie's satisfied customers include: